This time last year, Caravel was about to win the Grade 3 Caress Stakes for owner/trainer Elizabeth Merryman. Coming out of that victory, her third consecutive score, Caravel was about to go to Bobby Flay. The celebrity chef and racing aficionado bought a majority share of the filly before that race. He would transfer her to trainer Graham Motion for the duration of her 4-year-old campaign. 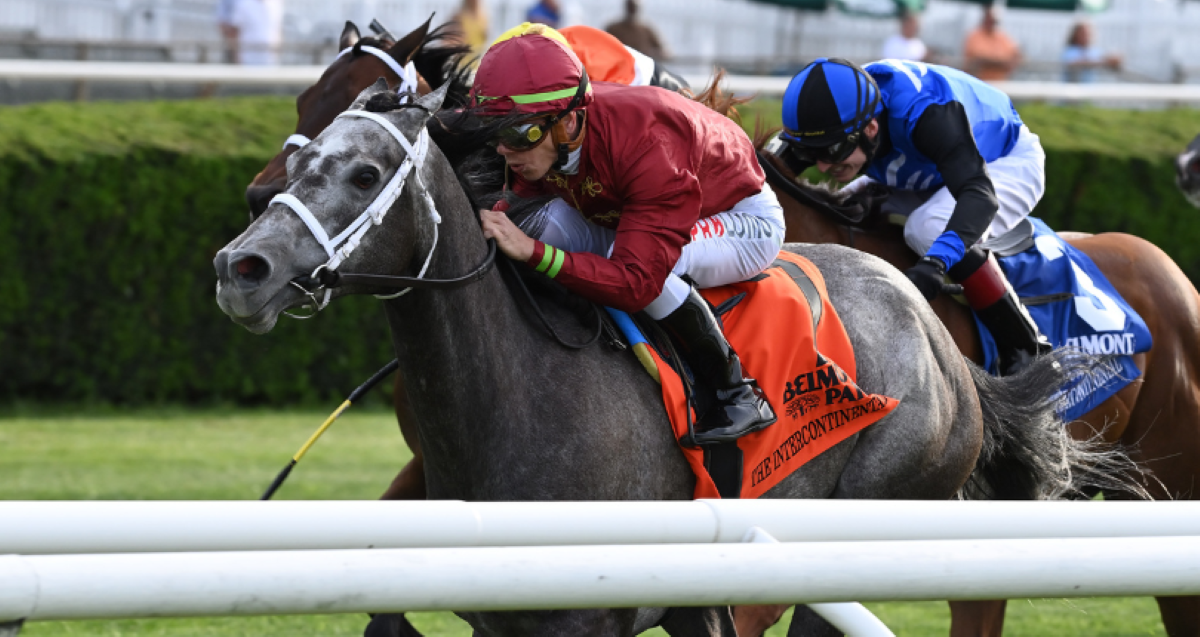 The only constant to that picture coming into Saturday’s 5 1/2-furlong sprint on Saratoga’s inner turf course is Caravel. Now running for Qatar Racing, Marc Detampel and Madaket Stables, Caravel defends her Caress title with Brad Cox calling the training shots.

The new digs have served Caravel well. She’s 2-for-3 since coming to Cox’s barn after last year’s Breeders’ Cup. There, Caravel finished 12th in the Breeders’ Cup Turf Sprint. That was her second off-the-board finish, coming after a sixth in the Grade 3 Turf Monster at Parx.

After the Breeders’ Cup, Flay put Caravel up for sale. She fetched $500,000 in the Fasig-Tipton Fall Mixed Sale and her new owners sent her to Cox.

“She’s doing really well and she’s set up for a good race,” Cox told the New York Racing Association. “We picked her up in November and we gave her some time off. She’s been pretty straightforward and she loves to train. We’ve been excited about her since we got her. We ran her on the synthetic at Turfway just to get a run under her belt and it worked out well.”

It did indeed. After her freshening, Caravel won the Black-Type Queen Stakes at Turfway by 3 1/2 lengths. From there, she threw in a sixth against the boys in the Grade 2 Turf Sprint on the Kentucky Oaks undercard that Cox said was better than it looked.

“I think it was more due to the course and being stuck down inside. It was actually really good,” Cox said. “It was more just where she was on the course that day. But she obviously liked the Belmont turf course and up here, so hopefully we keep it going. She’s cool.”

Cox is referring to Caravel’s last-out length victory in the Grade 3 Intercontinental June 10. That was the 5-year-old mare’s ninth victory in 15 races with those nine coming at seven different tracks.

“I think she showed her class at Belmont and she’s continued to do well,” Cox said. “She had a good run with her previous connections and we’re hoping she can duplicate her effort.”