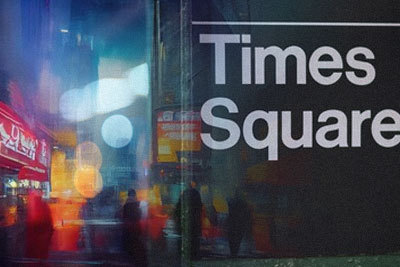 New York City is a US metro area with over 20 million people and no Las Vegas-style casinos. A process started back in 2013 is about to change that.

In 2013 New York voters approved the legalization of several casinos in the state with the first four opening in Upstate NY a couple of years ago. The race has been on to build one or more downstate for as many years, but behind the scenes, as no specific approvals had been given while the Upstate properties built their businesses.

In April that changed when Albany authorized three casinos to be built in the greater area that includes Long Island, Westchester County, and New York City.

Among the major operators that have expressed interest in a downstate casino are Universal Entertainment, Las Vegas Sands, Wynn Resorts, and Caesars.

Caesars has announced a partnership with SL Green Realty Corp., NYC’s biggest commercial real estate landlord, a REIT or real estate investment trust to develop a property located just off Times Square at 1515 Broadway – yes, that Broadway. Reports indicate that in addition to a gaming center with dealer-hosted table games and true RNG slots rather than video lottery terminals, a Broadway theater would add to the amenities along with eateries and other attractions.

Positive Synergies All Around

Tying in the theater and more with the casino, representatives said that casino Rewards points could be redeemed at hotels, shops, restaurants, and show places, some directly associated with SL Green driving up churn in the local economy.

SL Green’s chief executive Mark Holliday said: “We believe that Times Square offers the best location for a new resort casino that can attract tourists and benefit local businesses.” He added, “Our approach will ensure that under-represented communities benefit both in terms of employment and investment opportunities”.

Selling the idea of location, representatives pointed out that a casino there would fit in with other local uses as Times Square is the center of the entertainment industry in NYC. As a renovation development rather than a complete teardown and fresh build would bring the facility to fruition quicker than it could be realized elsewhere with law changes and the potential disruption of a community.

It’s anticipated that the casino could bring thousands of jobs directly and indirectly.

Public safety is expected to be enhanced as well with new improvements in security and traffic flow.

“A successful bid will provide a much-needed boost to area theaters, hotels, restaurants, and businesses and commit to fund a wide range of neighborhood initiatives and improvements to make Times Square the safest, cleanest, and most pedestrian-friendly entertainment district in the world,” said Michael Prohaska, Business Manager of Laborers’ Local 79.