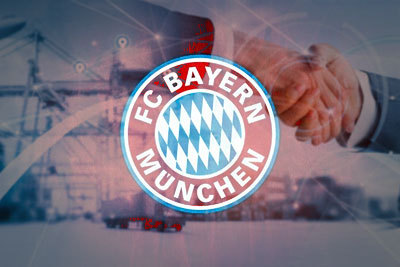 On Tuesday, July 26th, 2022 the Bayern Munich football club announced that they are signing the young and exciting 17 – year – old French forward from Rennes, Mathys Tel, to a deal reportedly worth up to approximately 30 million euros ($30.6 million).

Tel, who plays as a forward, but can be displayed in many varying positions including a center – forward as well as a wing – forward. Mathys previously had a contract with Rennes that was set to run through the year 2024.

Bayern Munich did not publicly or decisively state the longevity of this new contract, nor did they infer the cost of the transfer fee from Rennes. Kicker magazine recently reported the German Bundesliga League club was willing to pay the kid 15 million euros ($15.3 million) up front at the time of signing, with the rest of the money associated with the new agreement becoming conditional depending on Tel’s game appearances as well as achievements. So there seems to be a lot of incentives built in to this contract between Mathys and Bayern Munich.

“He’s a very young talented player, he can play in many positions, center forward, wing forward. He’s very quick, strong, with his whole body, good at defending the ball … also good, deep runs,” the head coach of Bayern Munich, Julian Nagelsmann, stated on his club’s U. S. A. tour just a week ago. “I hope he will be comfortable with then group as soon as possible. He may score some goals.”

Nagelsmann mentioned that Tel was not any sort of a direct replacement for the German Bundesliga League top – scorer in Robert Lewandowski who just recently departed Bayern Munich for Barcelona during this 2022 European football offseason.

“He’s not a one – on – one for Lewy,” Nagelsmann goes on to say. “I think it’s normal when you talk about his age and his appearances in professional soccer. But he could one day be one of the best forwards and that’s our aim, our plan. We always try to find good young talented players who could develop into world – class players, and he could be one of these players.”

Tel previously made just 10 – appearances for Rennes without scoring a goal throughout those match appearances, but his performances as a youth player that include him winning the European under – 17 championship as France’s captain last month brought him to the forefront of Europe’s biggest football clubs. Only time will tell if Mathys Tel is the real deal when it comes to playing with the big boys across all top European football competitions.

“Tel is a very interesting player that we’ve been following for a long time,” the chief executive at Bayern Munich, Oliver Kahn, explained. “An extremely good talent.”