Bayern Munich won the German Supercup after beating RB Leipzig 5-3 on Saturday evening. Bayern opted to replace Polish goal machine Robert Lewandowski with newly-arrived Sadio Mane up front, as German champions of the past 10 years showed their hunger for goals is intact even after Lewy’s departure to Barcelona. 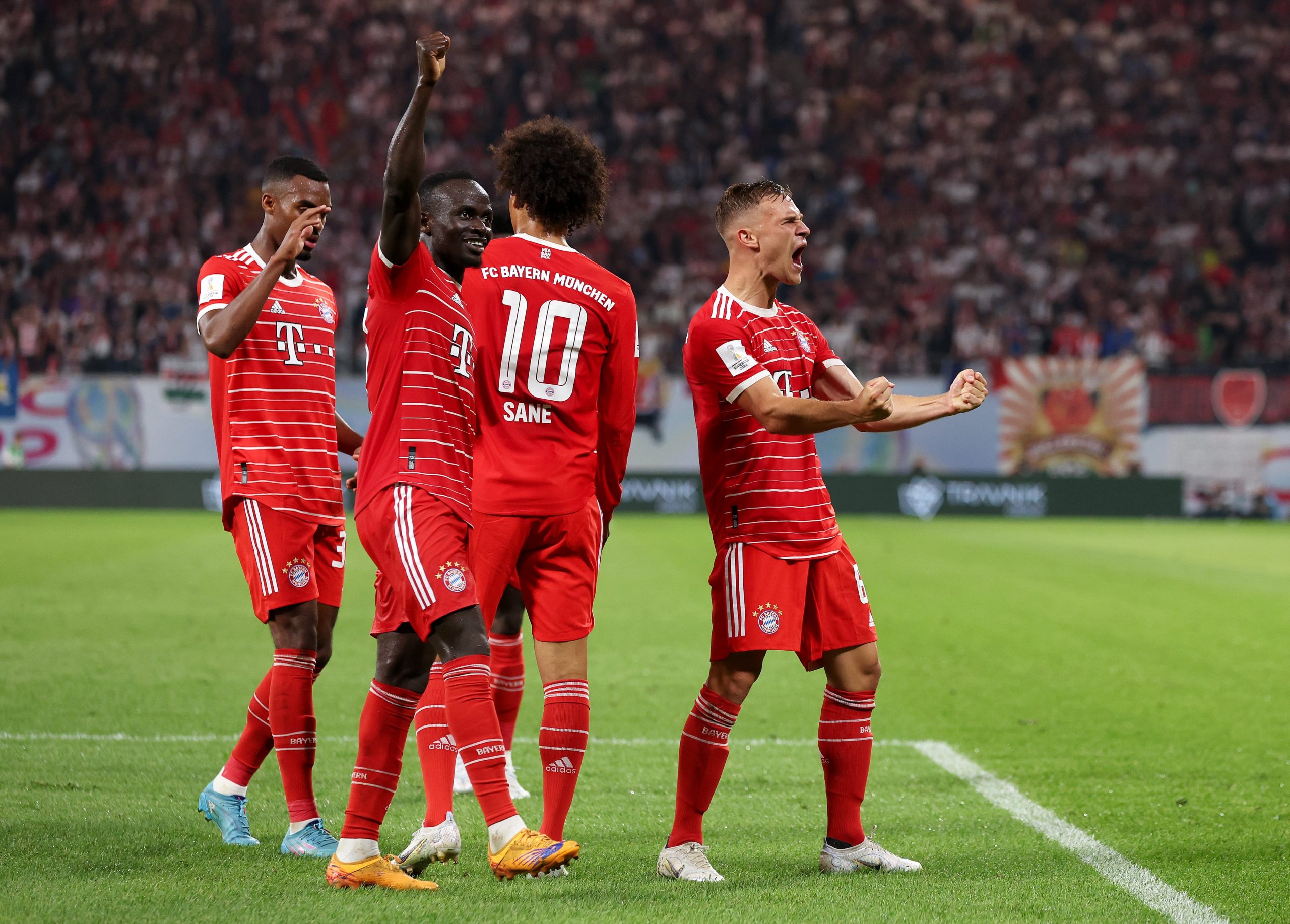 Sadio Mane was off to a good start in the Bayern Munich shirt, as he scored in his official debut for his new club. (Image: twitter/cbssportsgolazo)

Mane got his name on the scoresheet in the 31st minute, making it 2-0 to Bayern following a perfect assist from Gnabry.

MANE OFF THE MARK 🔥 pic.twitter.com/aIfqn72Yo7

The Bavarian giants were 3-0 up at half-time and had a 4-1 score in their favor in the 65th minute, but goals from Nkunku in the 77th minute and Dani Olmo one minute from time added spice to the game finale. As RB Leipzig was forcing for an equalizer, Leroy Sane made it 5-3 to Bayern on the counter in the eighth minute of added time to settle the affair.

Leroy Sane has ice in his veins 🥶 pic.twitter.com/DLijxXbKNT

For Bayern, this is the 10th Supercup trophy, a record for German football.

Three of the other new Bayern recruits this summer – Matthijs de Ligt, Noussair Mazraoui, and Ryan Gravenberch were also involved in the second half of the Leipzig matchup.

Bayern is expected to have another dominant season

Despite losing Lewandowski, Bayern’s status hasn’t weakened, the bookies believe. Just like a month ago, when the ‘Ballon d’Or’ runner-up was still in its ranks, Bayern is at -500 to win the Bundesliga for an 11th consecutive year. Borussia Dortmund sits behind at +900, while RB Leipzig is third at +1100. Leverkusen is at +1700, with Hoffenheim, Gladbach and Eitracht Frankfurt at +6000.

A great day for Liverpool’s past and present. 😘 pic.twitter.com/ClSZv5pXe5

Bayern is among the top favorites to land the Champions League as well, having last triumphed among the European elite in 2020. Right now, Bayern is fourth-favorite to celebrate at the end of the Champions League season. The Bavarians are at +650, behind City at +275, Liverpool at +500, and Paris Saint-Germain at +600, but ahead of last season’s champions Real Madrid, who sit at +1100 to hold on to the cup.

Dani Olmo leaving the ball on the line so he gets a handball freekick is the football IQ we love 🧠 pic.twitter.com/Jm5rR4At5W