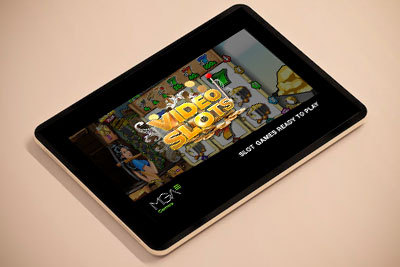 MGA Games, a leader in localized Spanish game content, has joined the roster of providers at one of the world’s biggest online casinos. Malta’s Videoslots Casino PLC will carry a bundle of premium titles crafted for local markets. Current and new customers in Spain will be able to play the developer’s entire catalog of video bingo titles as well as 3-reel and 5-reel slots.

According to a press release from the Spanish company, Videoslots describes the developer as follows: “MGA Games has developed over 100 games with HTML5 technology which stand out for their creative animation, as well as the careful attention to detail put into the graphics”.

MGA’s philosophy as a provider is to ensure that players have fun and enjoy the content of its games starring celebrities from various countries with carefully executed animations that will interact with players depending on the prizes won”.

The titles Paulo Futre The Last Gladiator, and Chiquito are important attractors but the list of new slots and video bongos is much longer and includes a dozen recently released titles and a few games that are yet to hit the pipeline but will appear in the coming weeks and months.

Videoslots has held a license in Spain since 2019. The online mega-site with over 7,000 games from more than 180 developers is also licensed in Denmark, Malta, Sweden, and the United Kingdom.

Will Bolster Videoslots’ Position in Spain

Javier Lanfranchi, Director of Sales at MGA Games said: “We are convinced that our product portfolio will help strengthen Videoslots’ position in the Spanish market. Our goal is to offer high-quality and efficient content, providing maximum profitability to the operator. Hence, we have become their strategic partners guaranteeing personalized attention from our account management team, who accompany them throughout the process of integrating and marketing new content.”

MGA localizes many game titles for specific global markets while most of the content is perfectly suited for the home market, including games that feature local celebrities. In the past, the Barcelona company has worked with Madrid’s R Franco (RF) to come up with purely Spanish collaborations.

One of the most popular collaborations is probably “RF Angels”. That cooperation saw MGA Games revamp the highly popular floor slot, originally released in 2016, and bring it online in HTML5 instant play format.