When you’re thinking about a Post Flop Strategy, you need to be thinking about ways to make your opponents mess up their own attempts to run the game. You need to make them make mistakes, and that means betting in ways that will cause them to lose their footing. It’s going to be up to you to learn how to read your opponents’ tendencies and bet accordingly, putting you in the winning position more often than not.

Let’s be honest – the flop is where the real fun starts in Hold’em. You’re going to have to start playing real poker here, and that means running down your mental checklist and ultimately figuring out how you want to play going forward. You’re also going to have to learn how to bet and when to bow out, both powerful skills for becoming a dominant player. 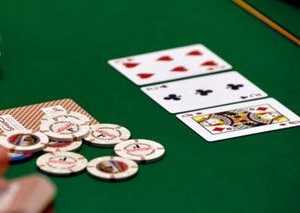 If you’re playing Texas Hold’em Poker, it’s easy to feel like the real game starts at the flop. After all, this is the point where you actually start to know what the shape of your poker hand looks like, giving you a real chance to figure out how to refine your poker post flop strategy.

If you’re a numbers person, this is when you can start calculating the odds. You know just over seventy percent of the cards in your final hand, so you know whether or not you’re going to be able to chase that straight or if your full house is actually secure.

If you’re superstitious, this is also when you starting thinking about luck. The basic poker rules make the game for everyone, but you can’t help but feel like the flop helps or hinders certain players. This is when you also realize, though, that luck is starting to become less of an issue.

For many people, though, this is when poker becomes more mechanical. This is when they start to think about poker position, look at the flop’s texture, and think about the money that’s on the table. This is when players start looking for poker tells, thinking about how other players bet, and how they can run the table.

In short, this is when you start to develop a post flop strategy. Your poker games are going to come down to figuring out how to make your opponents fall apart, so now you’re going to start practicing those mechanics.

There’s a fairly defined post flop strategy that most regular players at poker tournaments use. You should be able to flip through these various factors in just a few moments, but doing so will help you to whip up a post flop strategy in no time.

Deep down, everyone wants to see the flop. Good poker players, though, know that only two types of people should actually reach that point. They either have good starting hands, or they’re in a poker position where they can spend a minimal amount of money and still view the flop.

Before you hit the flop, you need to think about what’s in your hand and how your position looks. If you’re the big blind or no one has bet anything, you might be able to get away with being a little braver. If you’re the last person to bet, you’ve got all the information you need to make a choice.

Coming down this check-list, you need to figure out if you were actually in a good position to see the flop. If you just stayed in because you didn’t need to spend money, let it ride until you do. If not, this is a make or break moment.

Flop texture is a complicated thing that takes a fair bit of learning to understand. The short version, though, is that you’re working on figuring out what your opponent’s holding. When you see the flop, you’re adding more data to your internal poker computer to figure out what’s actually in play.

The good news is that the flop doesn’t generally do much. It tends to miss the majority of players, though it does set up a lot for the future. You need to pay attention, though, to how the other players are betting so that you can start to build a better profile of what they are holding.

Who are You Playing?

The big variable in poker is and always will be your opponents. The most important thing for you to pay attention to in any game is the tendencies of your opponents, because this will help you to better read their hands and to make smarter decisions on your own. Paying attention also gives you what you need to push them into a mistake.

When you’re building your checklist, you need to pay attention to how your opponent reacted to the flop. Are they calm or excited? Are they making aggressive plays, or are they folding immediately? Even if you don’t win this hand in particular, you are still gathering the sort of data that will help you to win more hands than you lose. 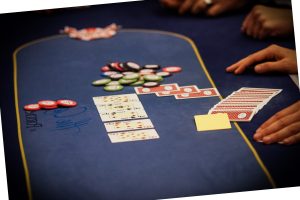 Once you spend a second running down your checklist, you can start thinking about your post flop strategy in terms of the moves that you want to make. Yes, this means actually starting to consider your next play, whether you’re going to fold, call/check, or bet.

As a note, you must also consider folding to a bet as not only a viable strategy, but possibly as the default. If you want to see how great players lose a game, you just have to look at all the times they have refused to fold even when logic dictates staying out. A very healthy way to look at poker is not assuming that folding is a loss, but that somehow getting to keep playing means that you are already beating the odds.

Let’s assume that you are not going to fold, though. You’ve read the board and now you feel like you can stay in the game. If you’re going to bet, you’re going to be looking at one of the basic betting strategies below.

Unless you were playing things incredibly safe, you should have been one of the people raising when you were in the pre-flop part of the game. Whether you’re the only aggressor or facing off with someone, you need to continue that energy as you move forward. You desperately need to establish a tone, and the continuation bet is what does the job.

Continuation bets are a continuation of your pre-flop strategy. You presented what looks like a strong hand to an outside observer, and now your job is to keep presenting that hand lest the other players decide there is blood in the water. In most situations, failing to continue your bet is just a solid way to lose money.

What’s also important is that you stay consistent with this bet. Does this mean that you need to go crazy and keep betting big when the flop comes out and you still have nothing? Of course not! What it means is that it’s not worth it to let the other players see you sweat. If you’re going to step down your betting, step it down a little so that your hand continues to look strong.

This is another spot where the number of players still in matters. You want to stick to the common wisdom – always a very dangerous proposition in poker – then you’re going to be much more cautious bluffing the more players there are. If there are still three people in, the odds are that someone has something. If it’s at two or under, though, you might want to give bluffing a shot.

This is what happens when you’re not the pre-flop aggressor. You’ve got to react to how this player plays, which is absolutely the worst possible position to be in. Your goal is to be the one provoking reactions, so you’re already operating at a deficit just being here.

So, what do you do? You take a look at what you’ve got, you try to read what he has based on what is already on the table, and you try to figure out how the other player would play based on past hands. Once you get all of those factors straight, you make your move and hope for the best.

This is tricky poker to be sure, but it helps to shake the foundations of an aggressive player. If he was in with nothing, it’s going to be hard for him to justify staying in any longer. Don’t be too cocky with this strategy, though, because it can backfire if you’re still in a bad spot.

Sometimes you just want to throw out a feeler to see what else is going on. You’re up before the guy who raised last time, and you’re looking for the flop to come around. Right now, one of the classic moves would be to poke at everyone else and alter the feel of the game.

This is a strategy you’re going to hear from old-timers because it used to be a big part of the game. Classic players in this position would throw out a reasonably big bet – usually half of whatever is in the pot already – to figure out how strong the hands of the other players were. It’s in all of the old books, and you’ll still see it from time to time.

The issue with this strategy is that it’s in all the old books and everyone knows it. Aggressive players aren’t going to fall for it now, and they’re going to feed you misinformation. The only way that you’re going to end up making money off this bet is with a conservative player, who’s going to be too timid to raise again.

The probe has long since gone out of fashion and has been replaced with the check-raise. This is still a tool for gaining information, but it’s much more accurate than the old style. It’s also much, much more expensive, so it’s not something you’re going to want to do without a good reason.

This is, however, also one of those power moves that can throw off even an aggressive player. If you want to establish your bluffing bona fides, this is the move that you throw. If you think that the other guy is going to come back with continuation betting, throw out a check-raise just sweep his legs out from under him.

When you’re thinking about a post flop poker strategy, you need to be thinking about ways to make your opponents screw up their own attempts to dominate the game, make them make mistakes. You’re going to have to start playing real poker, remember to run down your mental checklist and figuring out how you want to play going forward. Learn how and when to bet and when to fold’em. It’s going to be up to you to learn how to read your opponents’ tendencies and bet accordingly, putting you in the drivers seat more often than not. See you at the WSOP!

Who is first to act after the flop?

The small blind is first to act after the flop, followed by the big blind.

What comes after the flop in poker?

After everyone acts on the flop, the next street is the turn. After the turn is the river, which is the final round of betting.

Should I check or raise on the flop?

It depends. If you miss the flop, then I would recommend checking. However, I would bet out if up against 1-2 opponents and nobody is showing interest.

How much should I bet on the flop?

You never want to bet the same amount based on your situation. As a general rule, I would recommend betting between 1/4 of the pot and the pot.