As we head towards the end of July – and teams near the 100 games played mark – the MLB playoff races are clarifying themselves on an almost daily basis. That makes it time to update our MLB playoffs tier list, where I evaluate who’s in, who’s out, and who will be fighting down the stretch for those final postseason spots. 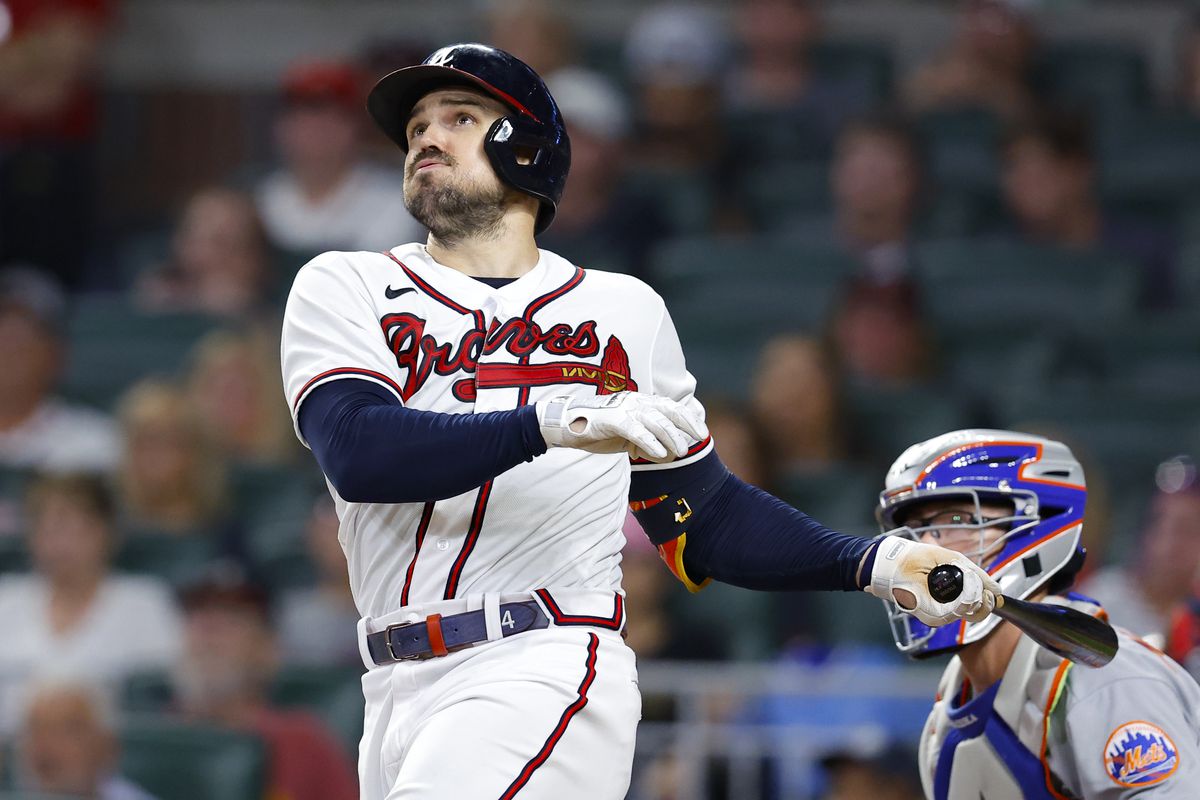 The Atlanta Braves have joined the ranks of the postseason locks in our latest MLB playoffs tier list. (Image: Todd Kirkland/Getty)

Things have changed significantly for a few teams since my first list in mid-June. While only one team has joined the top tier, there’s been plenty of movement in the middle of the pack. Meanwhile, one team has even managed to escape the Tier 5 abyss, though it remains to be seen if they can actually contend long-term.

The Braves are the new addition here, though they were on the verge of inclusion even in my last list. While Atlanta will battle the Mets in the NL East, both teams will make the playoffs – it’s just a matter of who wins the division and earns a likely first-round bye. Meanwhile, the Yankees, Astros, and Dodgers are also continuing to excel. All five of these teams could buy reinforcements at the trade deadline, as the Yankees did Wednesday by adding Andrew Benintendi.

Tier 2: Should be in

The Milwaukee Brewers have done enough to earn their Tier 2 designation. While they only hold a three-game lead over the Cardinals in the NL Central, they’re also above the wild card fray for the moment. FanGraphs gives Milwaukee a 90.2 percent chance of reaching the postseason, which means they’re closer to a lock than a bubble team. Toronto and San Diego won’t win their divisions, but both are heavy favorites to grab wild card spots in their respective leagues.

Tier 3: On the playoff bubble

The AL Central remains a complete mess, with Minnesota, Cleveland, and the Chicago White Sox all still in the mix for a division title – though they may only grab one playoff spot between them. Meanwhile, the Mariners fought their way back into the playoff race with a 14-game winning streak just before the All-Star break, and are now a serious contender – one I even considered for Tier 2 status as this point.

Other than Miami, all of these teams have moved to Tier 4 – from one direction or another. The San Francisco Giants are now under .500 after a seven-game losing streak, though they are probably the most likely playoff team of this group. Meanwhile, Baltimore rode its own long winning streak to pass the Red Sox in the AL East and rise out of Tier 5, something that should virtually never happen. The Orioles are just three games out of a wild card spot, though it’s hard to know if they legitimately have the talent to stay in the race down the stretch.

Tier 5: Wait until next year

For the most part, these are the same teams that were on the Tier 5 list last time, as this is a group of clubs simply playing out the string. The newest additions include the Angels, who just keep doing this year after year, and the Texas Rangers, who have slipped too far out of wild card contention to even think about making the postseason in 2022.