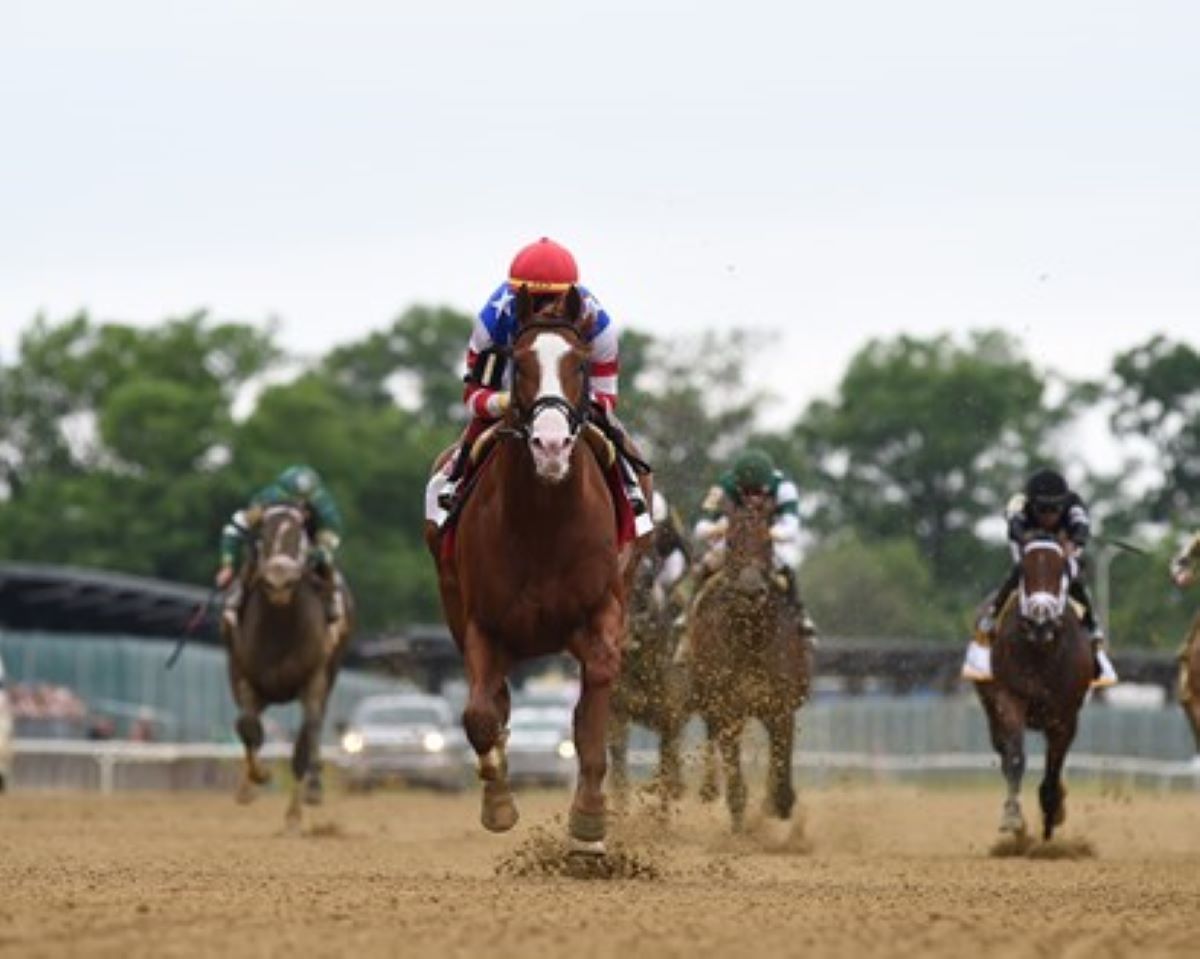 But it’s the fourth leg of the sequence, Monmouth Park’s flagship Haskell Stakes, that should provide much of the drama to this week’s Cross Country Pick 5. The 1 1/8-mile test for 3-year-olds offers up three Grade 1-winning, Kentucky Derby expats: Taiba, White Abarrio and Cyberknife.

And while Bob Baffert’s Taiba is the 7/5 favorite, it’s 3/2 Jack Christopher who is the buzz horse — even if he hasn’t run two turns yet. What the Chad Brown-trained colt has done is open his career 4-for-4. His resume features a Grade 1 win as a 2-year-old (the Champagne) and a Grade 1 score last out (Woody Stephens). That latter came by 10 lengths.

Florida Derby winner White Abarrio (5/1) comes in of a runner-up in the Ohio Derby a month ago. Cyberknife (6/1), the Arkansas Derby winner, scored in the Matt Winn Stakes last month. Santa Anita Derby champ Taiba hasn’t run since finishing 12th in the Derby. This is only his fourth career race.

The sequence opens with an earlier Monmouth Park race: the Grade 3 Monmouth Cup. Brown figures prominently in this nine-furlong trek for 3-year-olds and up, bringing in Highly Motivated and Pipeline.

A veteran of the 2021 Derby, Highly Motivated rides in off an allowance win May 28 at Belmont Park. Pipeline comes in off his nine-length allowance rout in April at Aqueduct. Both have to contend with local favorite Rough Sea, who won a Monmouth Park allowance by 10 lengths July 9.

The Cross Country Pick 5 moves cross-border for the second leg: the Grade 2 Connaught Cup. This seven-furlong turf sprint for 3-year-olds and up welcomes two Grade 1 winners: Shirl’s Speight and Silent Poet. Shirl’s Speight won his Grade 1 on dirt in the Maker’s Mark Mile in April. He went back to dirt and finished third in the Salvator Mile at Monmouth.

Waiting for that pair is Hall of Famer Mark Casse’s Tap It to Win, March to the Arch and Brazilian Group 2 winner File Di Arianna.

Tribhuvan’s victory at 19/1 was the gelding’s first since capturing the United Nations last year. He had two fifths and a 12th in the Breeders’ Cup Turf in the meantime. Adhamo hasn’t won in three US races, but hit the board all there times (0-2-1). Gufo owns a 1-1-1 record in three 2022 starts, with the victory coming in April’s Grade 2 Pan American Stakes at Gulfstream Park.

After the Haskell, the Cross Country Pick 5 finale is the Grade 3 Caress Stakes from Saratoga. The Caress sends 10 fillies and mares 5 1/2 furlongs on the Mellon Turf Course.

It may warrant a spread. New trainer Brad Cox brings defending champion Caravel back. But Casse’s Souper Sensational promises to push her after finishing second in a tough Grade 2 True North last out.

Waiting for both is Bout Time and Christophe Clement’s duo of Miss J McKay and Lady Edith. Both seek their first graded stakes score in this wide open affair.

The Cross Country Pick 5 comes with a 50 cent minimum and 15% takeout. Each week features a mandatory payout of the net pool.

Free Equibase past performances can be found here.