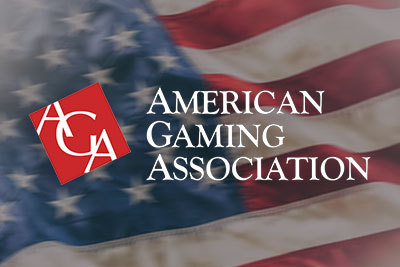 US trade association, the American Gaming Association (AGA) has commented on a new study it commissioned on what it claims is the amount spent and lost by Americans who gamble at non-US-licensed online casinos. The AGA states that the estimated value of the “illegal” US gambling market is estimated to be $44.2bn per year with a handle of more than $1/2 trillion dollars between unregulated machines and offshore websites not controlled by regulators in the USA.

The numbers come from a weighting method that would seem to be scientifically accurate. Researchers with the Innovation Group polled over 5,000 American adults about “their overall gambling habits for both land-based and interactive and regulated and unregulated gambling”.

They then compared what the players said they spent with average official figures to determine whether and to what degree players overstated or understated their spend. This benchmark was used to adjust the self-reported figures for what the researchers determined was the amount US players actually spent at sites that are not regulated by authorities in the US.

Those numbers were determined by combining baseline numbers using census data and other publically available sources.

The obvious conundrum is that the researchers had to assume the games found at offshore sites are fair in order to extrapolate further numbers, negating much of the argument against gambling at “unregulated” offshore sites. Most offshore sites that serve players in the US are indeed licensed and the businesses, if not the customer relations, are regulated by authorities in the Caribbean.

The study compared the house edge of illegal floor machines, estimated at 25%, to the average win rate of Las Vegas slot machines in the last year which was 7.16%.

The study looked at online casinos, sports betting sites, and physical “skill gaming” machines like those found at convenience stores, gas stations, and other convenient locations across the country. Three very different types of gambling overall.

Beyond lumping patently illegal online sports betting, online casinos, and unregulated gambling machines together in a single metric for the headline, the report is further clouded by the use of emotionally loaded terms such as “predatory”, “scourge”, “robbing communities”, “pervasive”, and “illegal”.

However, with no disambiguation between “gray area” and the term “illegal” in the top numbers that report illegal gambling revenues at $511 billion per year, the intrinsic value of the study beyond bolstering a trade association’s interests in preserving a market for its members is difficult to determine.

A major disservice to unbiased information occurs in calling online offshore casinos “illegal” when US case law and previous opinions by the United States Department of Justice’s office of legal counsel say otherwise.

The latest interpretation of the law was determined by a US District Court in Rhode Island that found for IGT when the international lottery and casino vendor asked for a declaratory judgment once and for all on whether the Interstate Wire Act of 1961 applied only to sports betting wagers, or also included other forms of gambling such as interstate lottery ticket processing or purchases.

The court found that the Wire Act, which is the only federal law aside from racketeering or money laundering-focused codes, was written strictly for sports betting across state lines by using telephone or other “wire services”.

That leaves federal prosecutors with nothing but the Unlawful Internet Gambling Enforcement Act of 2006 to rely on. The UIGEA, as it is known, specifically states that it modifies no existing gambling law and creates no new law.

The law made it illegal for US or US-affiliated financial institutions to process funds into or out of any illegal gambling business. The “catch-22” is that the only thing illegal about most offshore gambling sites is that they are forced to mask some financial transactions thanks to “guidance” given by the FTC and other entities that mistakenly assume – based on the Wire Act – that online gambling at an offshore site is somehow illegal.

The study itself does break out spending on different verticals as well as geographic areas. It found that online casinos, not licensed in a handful of state jurisdictions that regulate internet casino games, see players stake $337.9b every year and the study assumes revenues for the offshore sites to be $13.5b.

Bill Miller, AGA President and CEO said, “We have always known that the illegal and unregulated market is expansive, but this report illuminates just how pervasive it is.”

The study found that total stakes and thus total revenues to sites not regulated in the US were higher in the South where no states license internet gaming operators and lowest in the Northeast where regulated online casinos are more common.

More than half of all gamblers surveyed said they played at “illegal” sites while only 30% played with US-regulated operators. Less than 20% of all surveyed played at both.

The study found that among sports bettors specifically, newly-regulated markets in 35 states and the District of Columbia have captured a full 60% of the market along with Nevada sportsbooks. Illegal bookies now only control 40% of the US action according to numbers in the report. However, 49% of sports bettors reported using an illegal site in the last year.