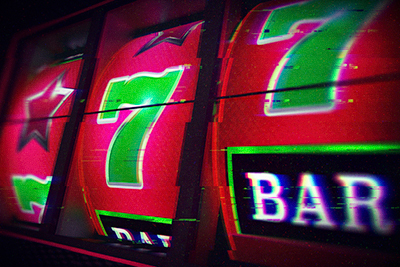 While we see most of the world casino industry in a full rebound, surpassing revenue numbers posted before the world health emergency, some observers and analysts are of the mind that nothing good can last forever.

One place that view is focused is on the phenomenal recovery and resumption of an upward trajectory for Las Vegas and the Strip in particular.

In his weekly Indy Gaming column in the Nevada Independent, award-winning journalist, Howard Stutz explores those thoughts with an analyst who has come to the conclusion that the record-setting streak of advancing gaming revenues on the Las Vegas Strip cannot continue.

However, he says it’s not all doom and gloom and a reduction in revenues doesn’t necessarily mean casino operators will start losing money – they just might not enjoy margins of as much as 40% as they have in the recent gaming boom.

Stutz notes that in the last year, resorts on the Strip have broken revenue records in nine of those months with July blowing out the all-time record with $792.6 million in revenue.

The anticipated economic downturn plays into the analysis with a foreseen weakening in the demand for leisure travel from people with less disposable income, according to a note from Fitch Ratings Service‘s lead gaming analyst, Colin Mansfield. The industry observer is predicting up to a 10% downturn in Strip revenues in the coming calendar year.

Mansfield said in an interview, “The market is far above pre-pandemic revenue levels. But when you take into consideration the headwinds that are starting to play out, we got to a point where we said, ‘there’s more downside here than upside’.”

The local market virtually exploded with growth in the nearly year and a half since pandemic restrictions have been fully lifted. For the fiscal year that ended in June, the Strip pumped out $8.1 billion and for the entire calendar year of 2021 gaming revenue set a record just shy of $7.1 billion.

Mansfield notes that even if the predicted fall in revenue takes place, operators will still be making plenty of money.

Mansfield said: “It’s not anything that is incredibly detrimental to the marketplace. Profitability is insanely high right now. We just had a quarter where the margins were over 40 percent, which is very good for Las Vegas.”

While the market is bucking the pressures of inflation with Harry Reid International Airport (formerly McCarren) setting a new record in June with a total of 4,683,156 passengers coming into and going out of the airport – a 22.9% increase from the previous June.

Convention business and special events visits could bolster the influx numbers if gaming travel falls. About 10% of visits in the last year were for conventions with approximately 4 million convention visitors. That’s down from about 17% prior to the pandemic.

As well, MSG Sphere is expected to open in late 2023 with Formula 1 races occurring in October as well. Super Bowl LVIII is coming in February 2024.

Earlier this month the American Gaming Association (AGA) released its commercial gaming numbers for the entire country directly on the heels of the National Indian Gaming Commission releasing its FY2021 numbers.

AGA CEO Bill Miller noted that operators are aware of potential labor issues, lingering inflation, and the possibility of a recession. “Our 16-month growth streak since March 2021 shows that we are well-positioned for the long term and for any headwinds in the short term,” Miller said.

For more on the state of the industry, please see our article of August 12: US Gaming Sets All-Time Q2 Revenue Record – 16 Months of Growth.