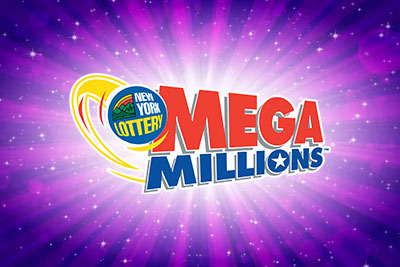 While no ticket matched all six numbers including the gold Mega Ball, at least 9 people matched all of the white balls with eight tickets winning a million dollars each. One lucky player in Ohio spent an extra dollar for the “Megaplier”, an additional ball with values of 1x to 5x and his payout was 3 million as the extra ball was 3x.

The draw on Friday will mark the 12th draw in a row that the jackpot has not been won so it rolled over to the next event with a portion of new ticket sales adding to the estimated new jackpot prize for Friday being $1.025 billion on an annuity basis or a lump sum cashout of $602.5 million.

The last time the Mega Millions jackpot was won was on tax day, April 15 by a player in Tennessee.

The lottery, which has been running for a quarter of a century has ticket sales through official lottery commissions and outlets in 45 states, the District of Columbia, and the U.S. Virgin Islands. However, there are also lottery messenger services like LottoSmile and TheLotter that offer players all around the world a chance to play and win the world’s biggest lotteries.

In late 2015 a man in Iraq had TheLotter pick up some Oregon state lottery tickets for him. He won $6.4 million and the concierge service flew him to Oregan and accompanied him to the lottery headquarters to sign for his winnings. They also negotiated a non-disclosure/anonymity agreement so his name would not be published, as is usually required under the law in that state.

The two other billion-dollar-plus jackpots were won by single-ticket holders in Michigan ($1.050 billion) on January 22, 2021, and a record $1.537 billion prize was won in South Carolina on October 23, 2018. That ticket still holds the world record for the largest single-ticket prize ever. The world record $1.586 billion Powerball jackpot was shared by winners in California, Florida, and Tennessee with each ticket worth about half a billion dollars.

Ohio Lottery Director Pat McDonald, who leads the multi-state Mega Millions Consortium said: “We look with anticipation on the growing jackpot. Seeing the jackpot build over a period of months and reaching the billion-dollar mark is truly breathtaking. We encourage customers to keep play in balance and enjoy the ride. Someone is going to win.”

The jackpot, if won in Friday’s draw is estimated to be $1.025 billion but the final value will depend on the strength of ticket sales between now and the 10:45 p.m. Friday sales cutoff time for the 11 p.m. drawing. Ticket sales have been brisk with the Mega Millions website recording more traffic than it ever has before. Lottery officials said that the website went down twice on Tuesday under the pressure.

Those who are considering online purchases from a 3rd party service should know that many online lottery purveyors do not physically visit a lottery outlet and buy a ticket, but offer other models. The hybrid fixed odds/insurance model is usually a matter of players simply placing a bet on the winning numbers. That bet is handled by a bookie, usually in a Caribbean license jurisdiction.

The book will pay out smaller wins directly into your online account but jackpots must go through an insurance claim process before winners can receive their winnings. Purchasing an official ticket with the help of a messenger or concierge service licensed in the Isle of Man, Great Britain or even Malta would seem to be the safest bet.

In the Tuesday, July 26 drawing there were a total of 6,775,330 winning tickets sold with prizes ranging from $2 on up to eight $1 million dollar winners and a single $3 million Megaplier winner. Two of those winners were in New Jersey, two were in New York, with California, Florida, Illinois, and Ohio the homes to one $1 million winner each.

Tickets that matched 4 numbers plus the Mega Ball were cashed in for $10,000 each but about one in five of those 153 tickets also hit the Megaplier so they were worth $30,000 each.

While it might seem that each subsequent drawing increases your odds of winning, the odds don’t change over time. What makes Friday’s drawing more likely to be won than Tuesday’s or any of the other more than two dozen draws since the jackpot was last won is simply the fact that more tickets will be sold, so more possibilities will be covered, so all the more likely for somebody to have the lucky numbers.

The Mega Millions jackpot has already fallen four times this year. The latest win was April 15th for $20 million in Tennessee just days after the jackpot was won for $110 million in Minnesota. Working back through time we find a $128 million win in New York on March 8 and $426 million won on January 28 in California.