The Phoenix Suns won the NBA Pacific Division the last two seasons, and they’re the betting favorite to win a third-straight crown at +145 odds, according to DraftKings. The Los Angeles Clippers and defending champion Golden State Warriors are +230 odds to win the Pacific Division this year and not that far behind the Suns, which hints at a three-way battle. 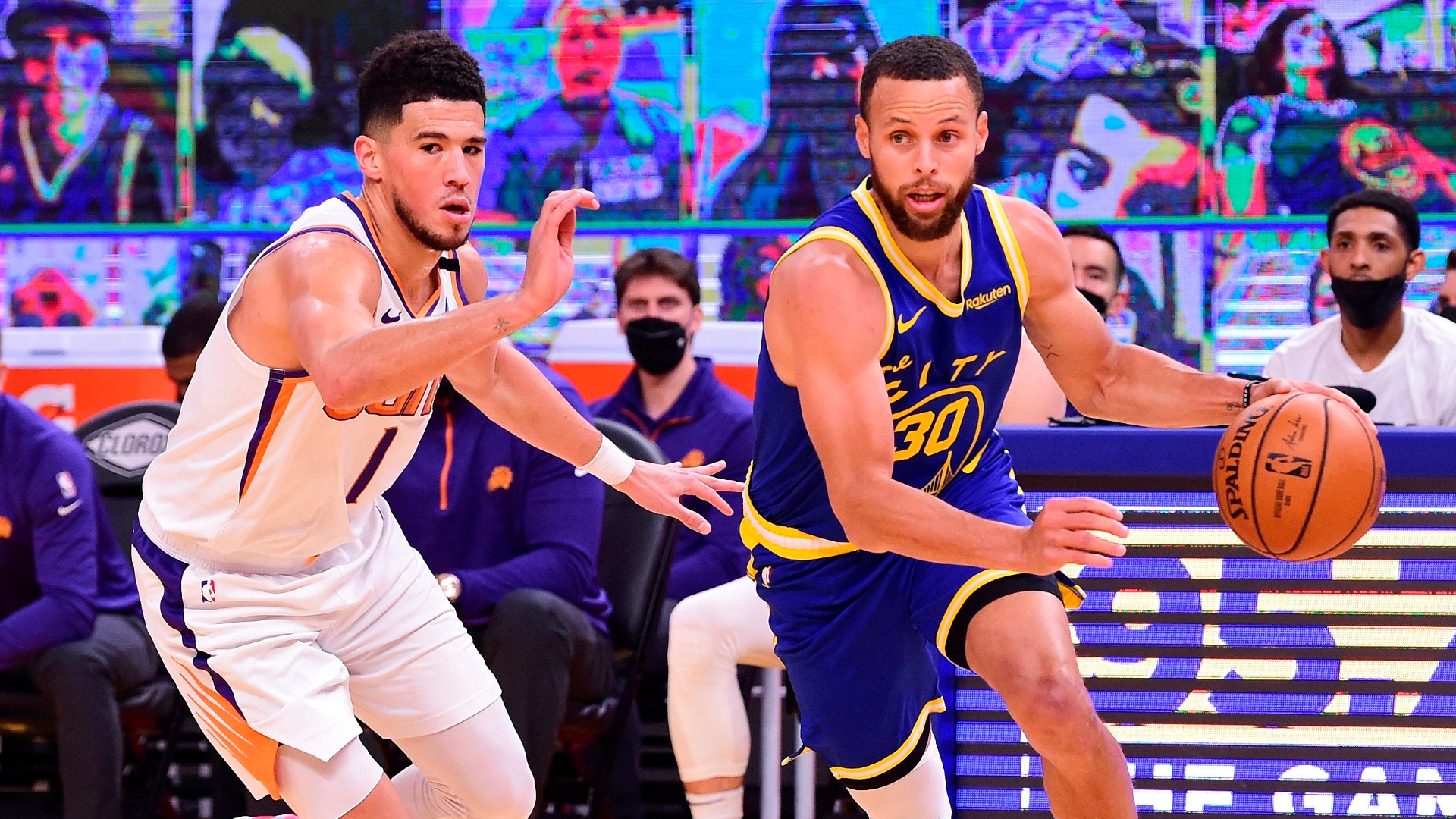 For the eighth season in a row, a team from the Pacific Division represented the Western Conference in the NBA Finals. Three teams from the Pacific Division — Suns, Warriors, and Clippers — are primed to make a run at the championship, but they’ll face a fierce divisional fight all season, especially if LeBron James and the Los Angeles Lakers bounce back  under new head coach Darvin Ham.

Of course, the big question remains: will the Brooklyn Nets trade Kevin Durant to the Phoenix Suns? If Durant joins the Suns, the balance of power will seismically shift in their favor.

If the Nets do not trade Durant out west, then the Suns will run it back with the same squad from last year after they signed Deandre Ayton and did not let him bolt in free agency.

Led by Chris Paul and Devin Booker, the Suns secure a trip to the 2021 NBA Finals before they were tripped up in the conference semifinals in 2022. It’s been a heck of a two-year run with the Suns — who secured the best record in the NBA last season at 64-28, and the second-best record two seasons ago. You can back the Suns at +145 as the favorite, but some of the early money to win the Pacific Division was backed by bettors who think Durant will end up in a Suns uniform this fall. Paul is not getting any younger, so this might be the last season the Suns have a legit chance to win a championship.

If the Clippers remain healthy, they’ll make a run at the Pacific Division crown and the 2023 NBA title. Kawhi Leonard returns after missing last season while recovering from ACL knee surgery. Paul George (elbow) and Norman Powell (fractured foot) also missed time last season, but both scorers are ready to take the Clippers to the next level. The Clippers also added John Wall to the mix after the Houston Rockets and Wall agreed to a contract buyout. The injury-prone Wall will try to play his first full season since 2016-17.

With all eyes on the Golden State Warriors and Phoenix Suns, we love the LA Clippers at +230 odds to win the Pacific Division.

The Warriors ran the table in playoffs to win the 2022 NBA championship. Steph Curry looked like his old self en route to winning the NBA FInals MVP, while Klay Thompson shook off he rust after missing two seasons. Jordan Poole emerged as the third “Splash Brother” last season, and the Warriors now have a dangerous holy trinity of long-range snipers. The Warriors lost some key role players in free agency like Otto Porter and Gary Payton II, but Steve Kerr will give more responsibility to the next batch of young Warriors: Jonathan Kuminga, Moses Moody, and James Wiseman.

The Warriors are a popular pick at +230 odds, but Kerr and the squad is not as concerned with the Pacific Division title and playoff seeding as much as they want to peak at the right time in the playoffs and make sure they enter the postseason with a healthy roster.

Oh, have the mighty fallen. LeBron James and the Lakers were awful last season after the Russell Westbrook trade backfired on them. The Lakers have a rookie coach at the helm in Darvin Ham, who will have to figure out how to get Westbrook on the same page – both offensive and defensively — as an aging LeBron and Anthony Davis aka Mr. Injury-Waiting-To-Happen.

LeBron and the Lakers are the fourth-best team in the premier division in the NBA, yet only +650 odds to win the Pacific Division for only the second time since 2010. That number should be much higher. Despite all the internal issues and drama surrounding a potential trade for Westbrook, the legion of deep-pocketed Lakers fans skewed the lines when they bet their beloved team to win the Pacific Division and the NBA Finals.

A “washed” Michael Jordan was able to take Kwame Brown to more wins on the Wizards than LeBron was able to get with Westbrook, AD and Melo 🤣 pic.twitter.com/J47y2ehFoB

The Kings are stocked with young and talented players, so they will be fun to watch next season. However, the Kings are still a couple of years away from being a steady playoff squad. Newly-hired head coach Mike Brown gets a crack at guiding the Kings out of the doldrums of the Western Conference basement and into a playoff spot for the first time since 2006. Meanwhile, the Kings have a solid core with De’Aaron Fox, Domantas Sabonis, Malik Monk, and incoming rookie Keegan Murray — who recently won the NBA 2K23 Summer League MVP. But save your money on the Kings as moon shot odds at +50000 to win the division.